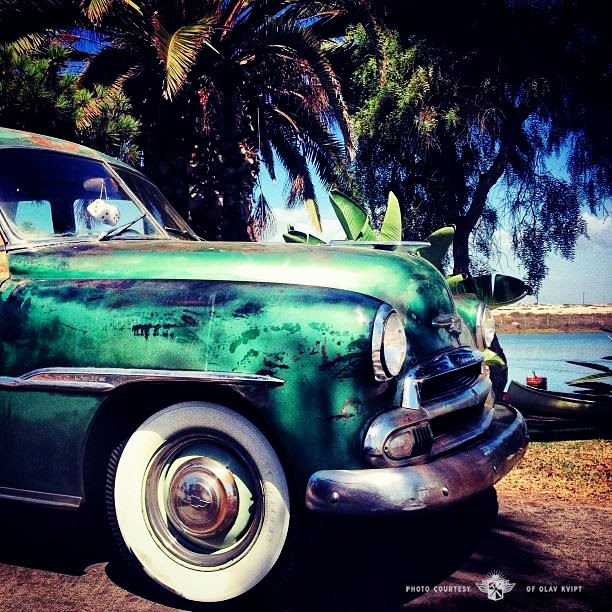 Lot's of good things have been happening this past few weeks! The shop is now almost done inside, only the ugly ceiling lamps left.. 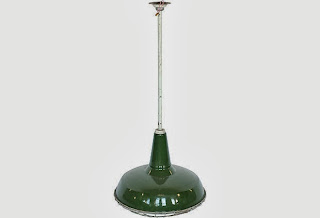 We would like to replace them with old industrial lamps, like the one on the photo. It's only that they're hard to come by unfortunately! With lamps like that, the scenery and atmosphere in the shop would be complete. It is without doubt, the koolest custom shop in history, and I'm so glad I'm able to work, and build my own car inside the 4 koolest walls in the world!

Here's a quick timelapse from we turned rest of the shop into vintage condition. 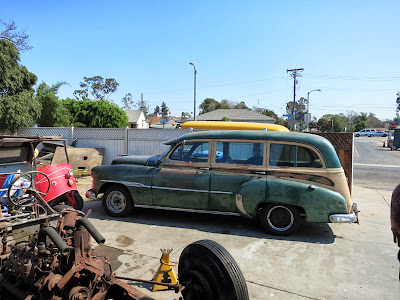 Enough about my fetish for old industrial lamps and 1940's stuff! A buddy of Brad, Ralph from Whittier called and said that he wanted to sell his 51 Chevy Tin Woody. He'd owned the car for 30 years, and wanted to part with it in able to buy a 1933 Chevrolet school bus, which he could transport his whole family in. We went over to see it, and man it was sturdy! Most solid original car from 1951 I've ever seen almost! 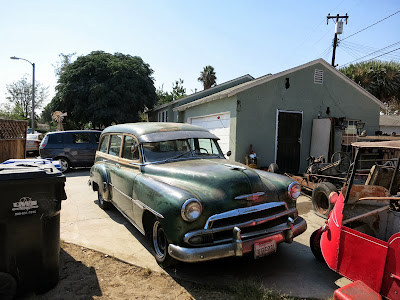 It's bone stock, except the engine which is a newer 235 truck engine from 1956. The engine was overhauled 1000 miles ago, along with transmission and brakes. It ran extremely nice and well, and the interior was as nice as the day it left the factory! The car looked kind of dull there it sat with ugly tires and rims, but I could see the potential in it! 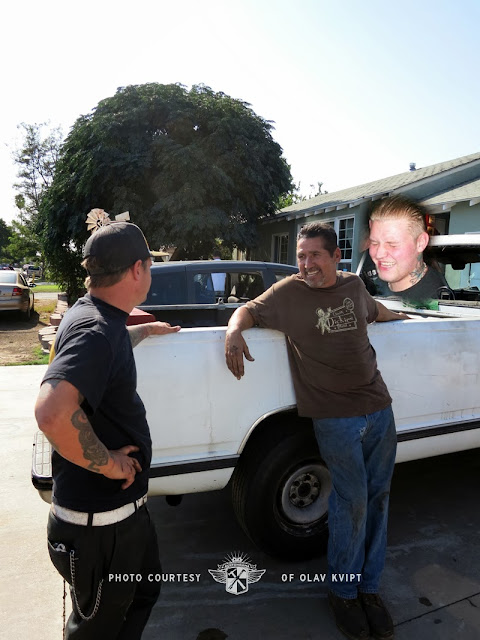 I chewed on his price a bit. But he was a Mexican version of my fellow Coupe Devils member and friend, Tom Røine (insert picture), that made me feel comfortable about the deal. So I just had to have it. 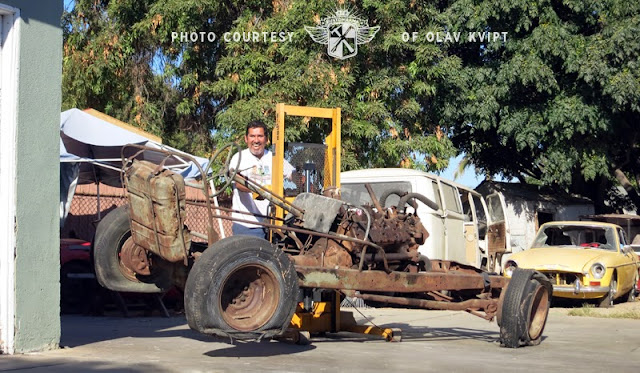 Mexican Tom also threw in this old homebuilt Dune Buggy in the deal, or Doodle Buggy as they were called in those days. It basically a 39 or 40 Ford frame with an 8BA Flathead, Chevy rear axle, 3 Speed on the column, and only brakes in the rear. This thing was built in the 1950's, and recently discovered.. ..In a bush!! The thing was inside a big ol' bush in a backyard somewhere in Whittier. The house it was at, swapped hands, and the new owners began trimming the bushes, finding this inside it!

I made this time lapse from the evening I picked it up. I made a good deal on four Firestone 6.70x15 tires, and just de-accessorized it. 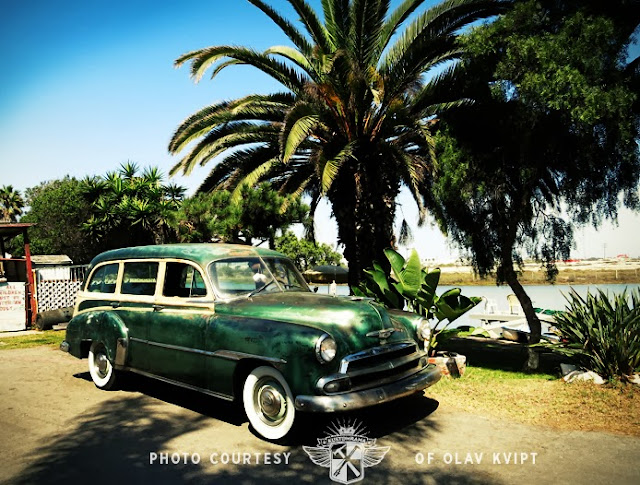 I really liked it's new stance. The patina was just so perfect! It looks kind of like an old candy green, it's just so nice to cruse the Pacific Coast Highway with it, both day and nightime! 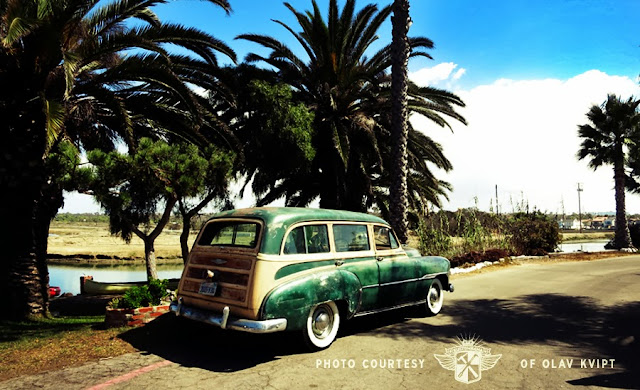 It's quite practical, because we can stuff it full of people. There's 3 sofa benches in it, allowing room for 9 people in it. So now we can take the wagon instead of the truck. And it sure fits nice to the beach. This photo is taken outside the house I live in Newport Beach. 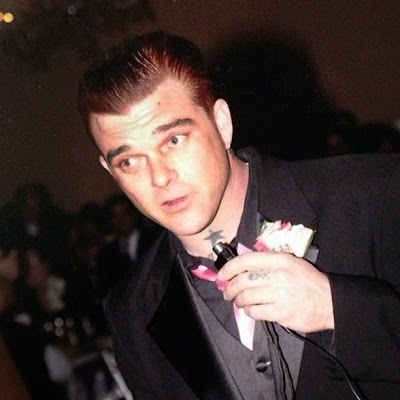 Did I mention that we have the awesomest neighbor of all time at the beach? He's a famous skater and punk band singer , the one and only, Riky Barnes! He's done a lot of cool shit in his life, and it's so kool to see this guy each time you come home to the beach. Anyways, he was out of town last weekend, so we took the opportunity to "borrow" his skate van, and give it a Von Dutch/Dean Jeffries flamejob. 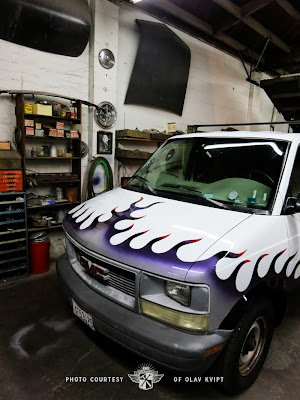 We asked if we could wash it for him, and he replied "Sure, do whatever you want! Lit it on fire if you want to" We at Masterson takes thing seriously, and often literally. So on sunday, we told him that his van caught fire, and his stress levels increased sky high! I think he was quite shocked when he returned and actually saw the car though!

And of course there's a time lapse for the paint job as well! 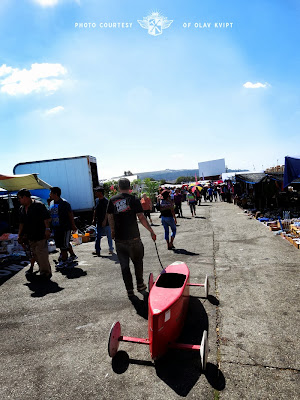 Oh, almost forgot! Brad bought himself a car to! A homebuilt soapbox racer from the 1950's! We picked it up at a swap meet in Whittier. 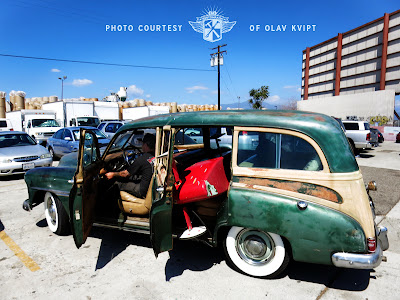 Transportation wise was a bit sketchy. The other trafficants thought the little race car was falling out of the car.. 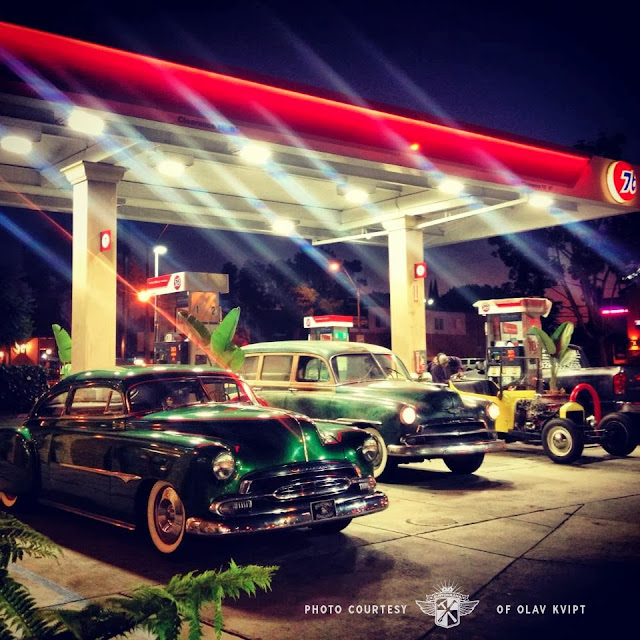 Brad's dad brought the Fastback down from Sacramento as well this week! That baby sure is sweet.. I really can't describe how my stomach was cribling when I took it around the block in Lynwood. This sure is the life of my dream, and I enjoy it!
Posted by Unknown at 4:05 AM