Rock Around The Clock!

If you are from Norway and live in Lynwood, which will never happened, you would soon find out that the temperature is not like you are used to. I don't mind it, however working in it is hell. These past few days have been so hot, that we have reached temperatures like 45 celsius in the shop! Believe me, grinding, cutting and welding is not much cozy in such temperature! So me and Brad figured out that we could flip the work schedule upside down! So on friday morning when we came to work, we figured out to stay at the pool all day and relax, so we could work in the nighttime instead. 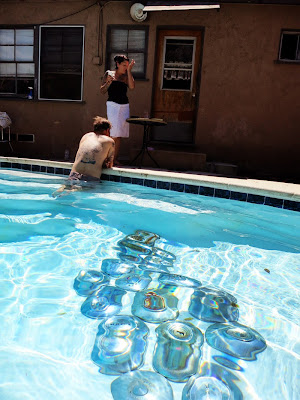 We brought a shit load of hubcaps that we cleaned and hung up in Sonja's garage! 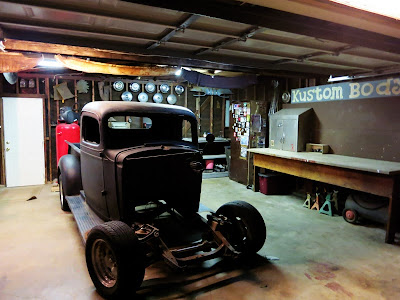 We organized this place and made it nicer, tried to make it look like an actual garage! 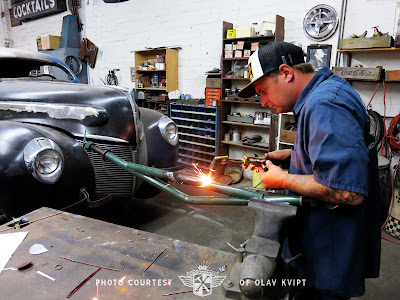 We came back to the shop after a couple of hours sleep. By then, the temperature in the shop was way better! The plan was to replace the rear spring bushings on the T-Bucket! Custom cars/Hot Rods sometimes needs Custom tools! 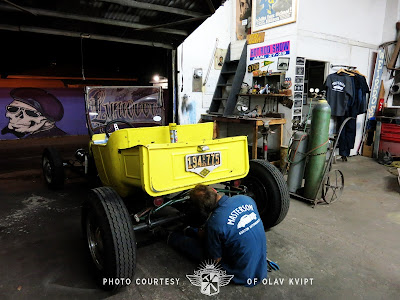 Them old bushings were hell to replace! 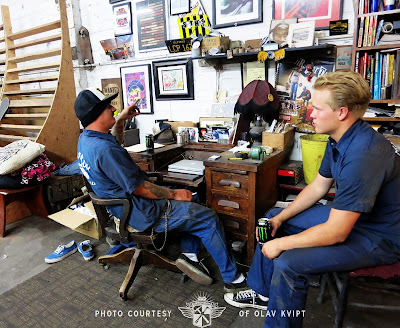 12:46 am, the T-Bucket was done, and we celebrated with cold Monster beverages! 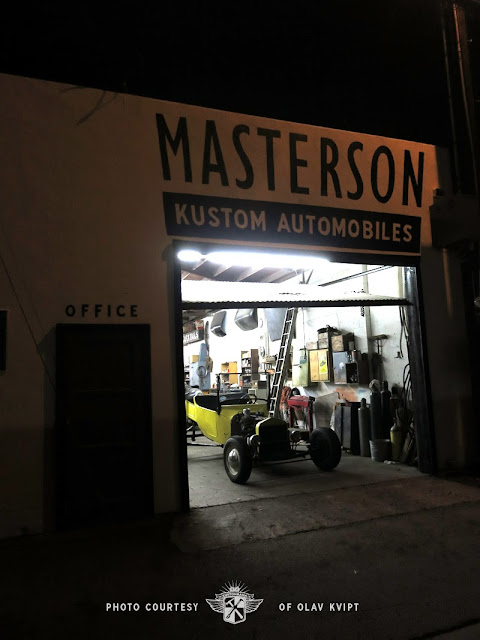 The atmosphere during the nighttime is so peaceful and calm, no cars passing by, people are asleep, and Doris Day on the radio! 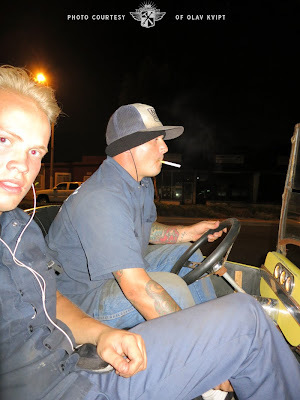 And we just had to take it for a test spin! We went down the freeway to the harbor. A really old place, with lots of dirt-roads, old truck, trains and palm trees. It's almost like traveling in a time capsule! 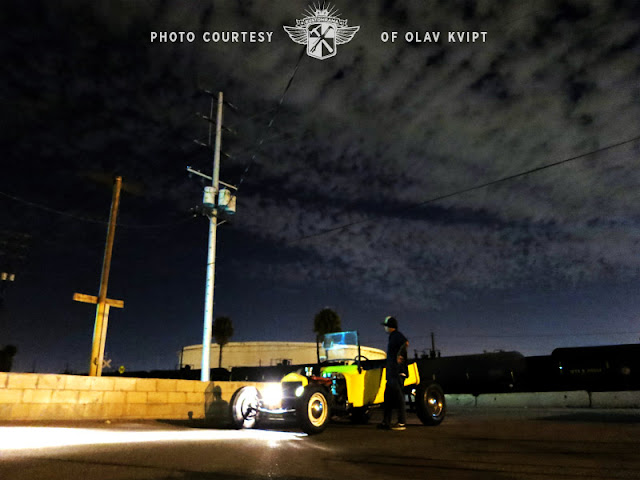 Suddenly, a strange rattle noise appeared! Turned out, the U-joint was totally worn out! 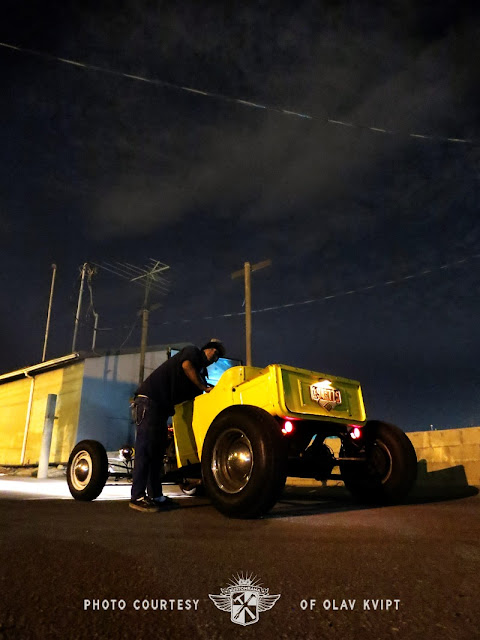 The scenery at the harbor during nighttime was quite kool! 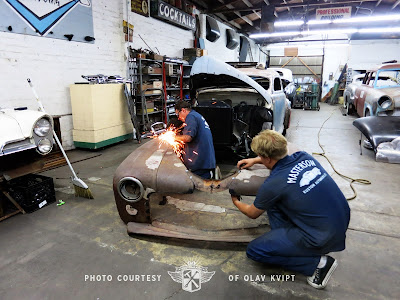 when we returned, we began to installing a set of 1946 Ford front fenders on Dave Chavez' 1947 Mercury 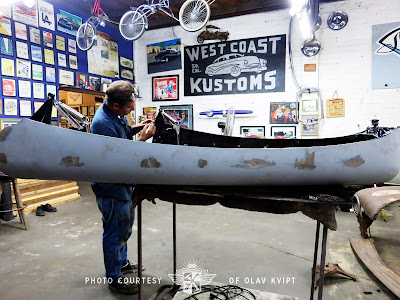 The hood had to be adjusted, important that the gaps are right! 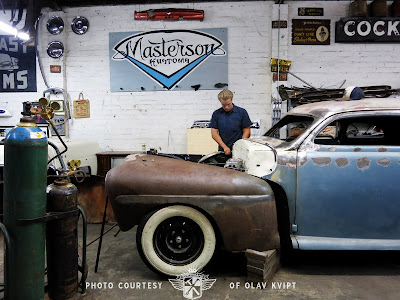 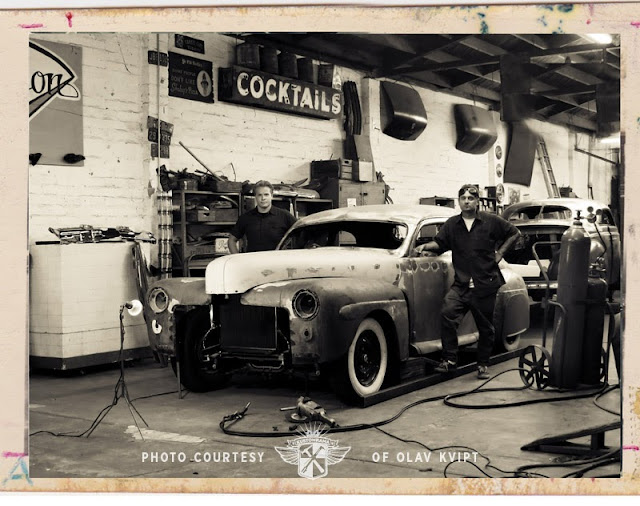 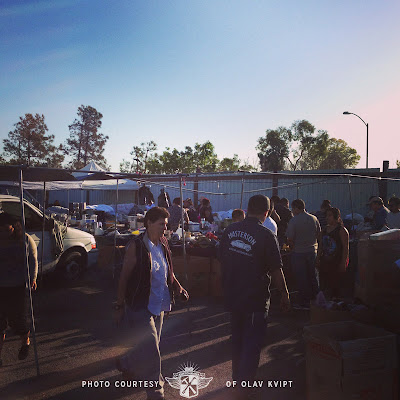 Around 7am, we hopped in the truck to buy some tools at the Torrance swap meet! 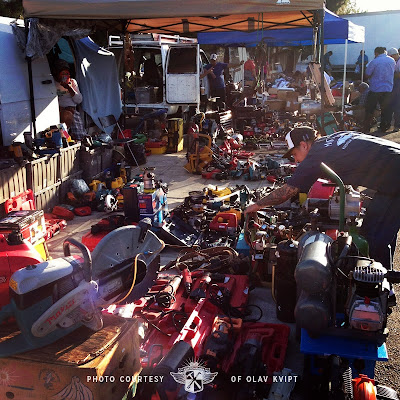 There were tons of tool, everywhere!! 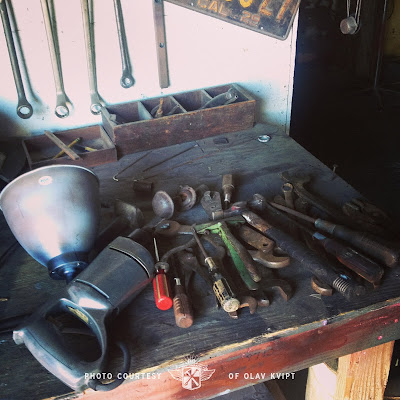 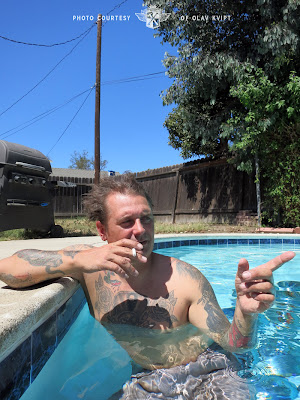 Then the heat struck again, and we jumped in the pool, and got a couple of hours sleep. 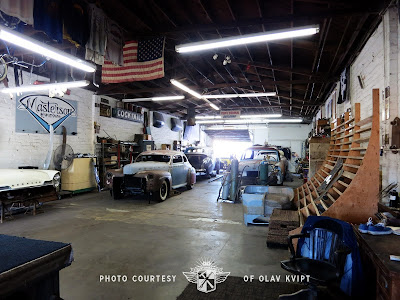 We woke up fresh and ready to arrange everything for the BBQ! We made the shop shine, cleaned and sweeped! 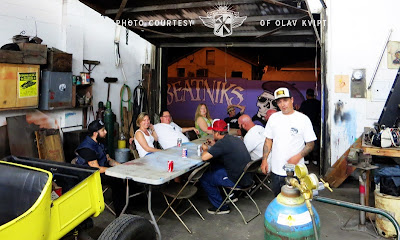 A nice bunch of american citizens, having a nice time on a saturday night! 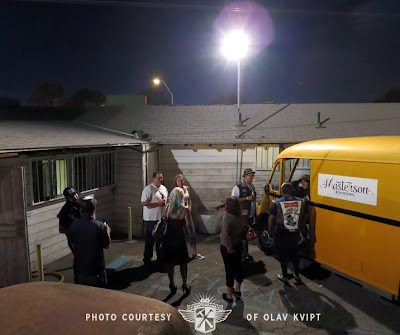 Later on we headed to Viva Mexico to listen to the Richmond Sluts! 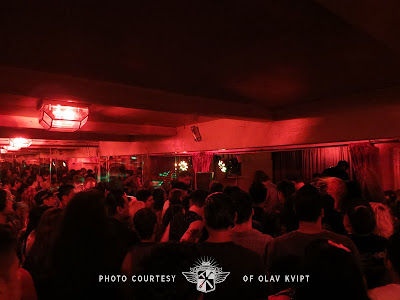 The place was jumping! 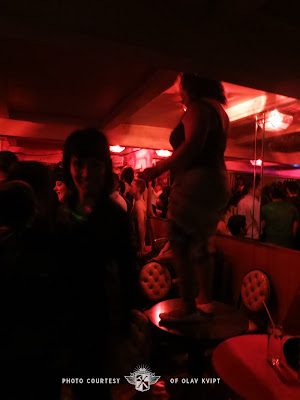 Even the locals liked it! 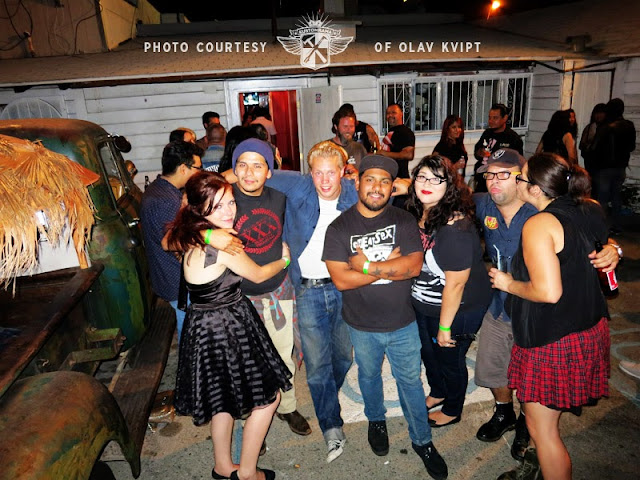 Met a bunch of kool people! 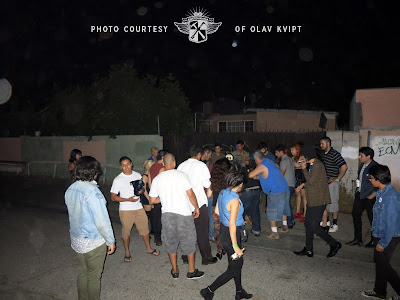 The night ended with a boom, literally! 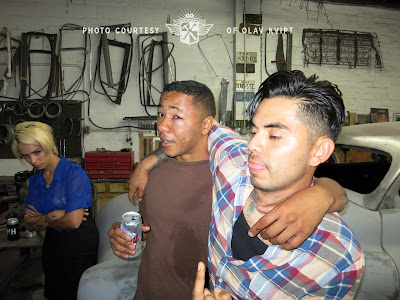 So Gus ended up with a black eye..